The Change Vector Analysis (CVA) processing service derives a vector of differences between a set of pre- and post-event calibrated assets derived from the same mission.

The CVA algorithm derives from a N-dimensional space magnitude and direction of change between the two input single-band geophysical assets for date 1 and date 2. 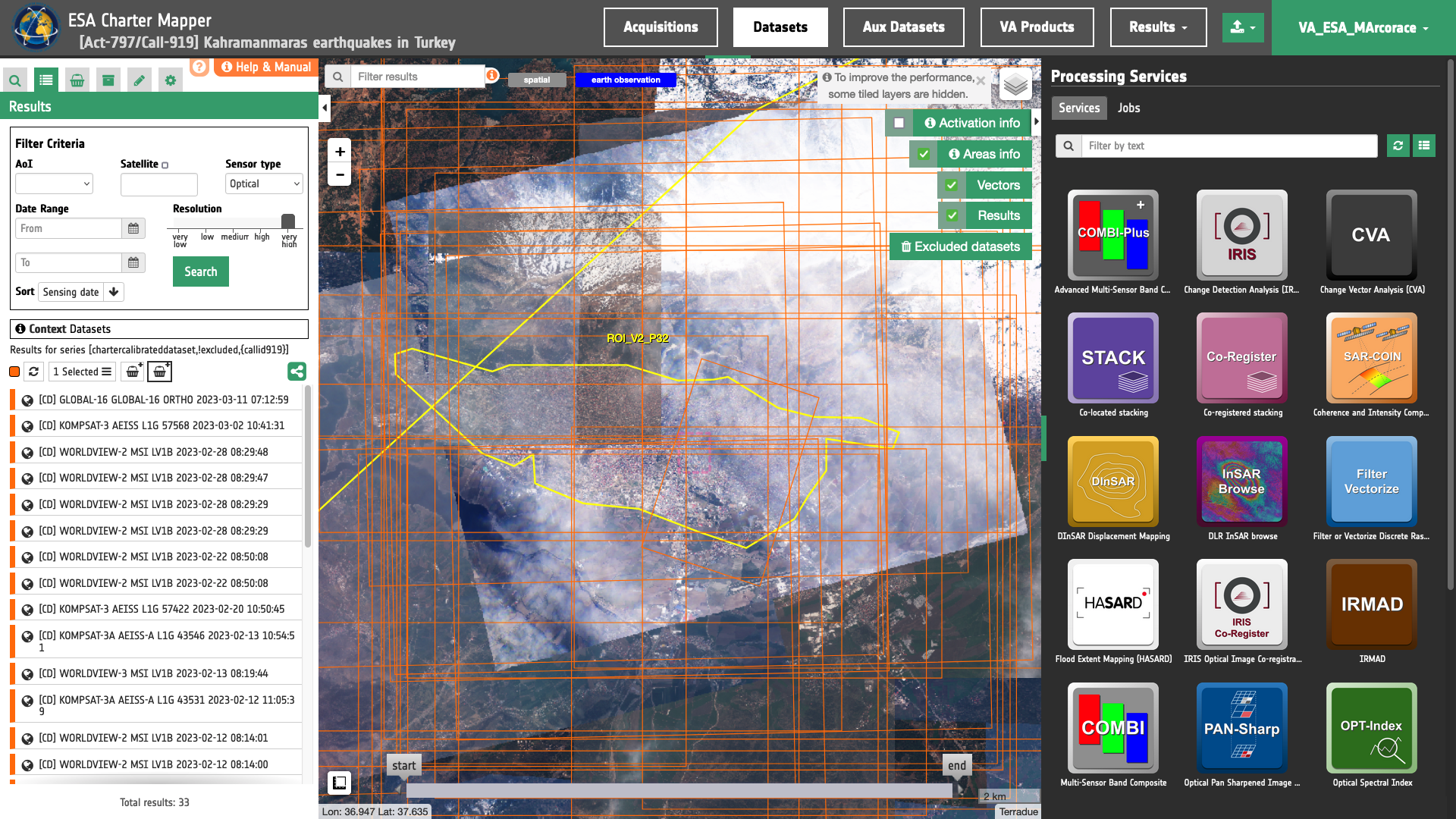 In this change detection service pairs of assets having the same CBN are extracted from pre- and post-event calibrated datasets to make a co-located stack.

The standardization of inputs is made by removing the mean and scaling to unit variance. Later the CVA1 is applied followed by an automatic thresholding of the multidimensional change detection map based on the Otsu’s method2,3. The Otsu algorithm minimizes the intra-class intensity variance and returns a single intensity threshold which is then employed in the service for the binarization of the change. Thus, the output of the service is a binary map detecting changes before and after the event.

This minimum number of single-band geophysical assets must be more than one per Calibrated Dataset. Therefore, CVA requires at least two CBNs from pre- and post-event datasets (minimum 4 assets).

The pre-event and post-event Calibrated datasets input products to be used in creating the collocated stack and performing CVA.

To define multiple reflectance single-band assets from VIS and NIR (e.g. blue, green, red, and nir) from pre- and post-event Calibrated Dataset, the user shall define the 4 input assets in CVA as following:

This last parameter may define the area of interest expressed as a Well-Known Text value.

In the definition of “Area of interest as Well Known Text” it is possible to apply as AOI the drawn polygon defined with the area filter. To do so, click on the :fontawesome-solid-magic: button in the left side of the "Area of interest expressed as Well-known text" box and select the option AOI from the list. The platform will automatically fill the parameter value with the rectangular bounding box taken from the current search area in WKT format.

The result product of the CVA service is a single-band change detection binary map (1 change, 0 no change) GeoTIFF in COG format. Product specifications for this service are shown in the below Table.